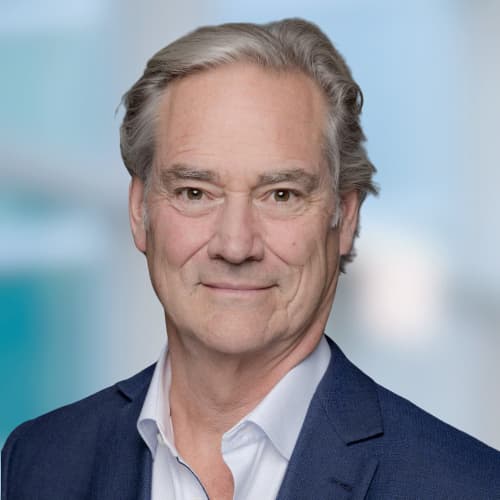 Executive Chair of the Board and CEO, Maple Leaf Foods and Honorary Chairman, Maple Leaf Centre for Food Security

Mr. McCain has devoted his career to the food industry, starting at McCain Foods Limited in the late 1970s where he held a variety of roles culminating in his appointment as President and Chief Executive Officer of McCain Foods USA Inc. He joined Maple Leaf Foods in 1995. Since then, he has been instrumental in establishing Maple Leaf as a strong and sustainable, values-based company with leading brands and market shares across its businesses and a bold vision for the future.

He is a director of McCain Capital and is Executive Chair & CEO of Maple Leaf Foods. He is a member of the Richard Ivey School School of Business Advisory Board and the Centre for Addiction and Mental Health Foundation, where he is a passionate advocate for transparency and action on mental health issues. Born in Florenceville, New Brunswick, Mr. McCain attended Mount Allison University in Sackville, New Brunswick, and received an Honours Business Administration degree from the University of Western Ontario. He also holds honorary degrees from St. Mary’s University, Brock University, Carleton University and Guelph University.